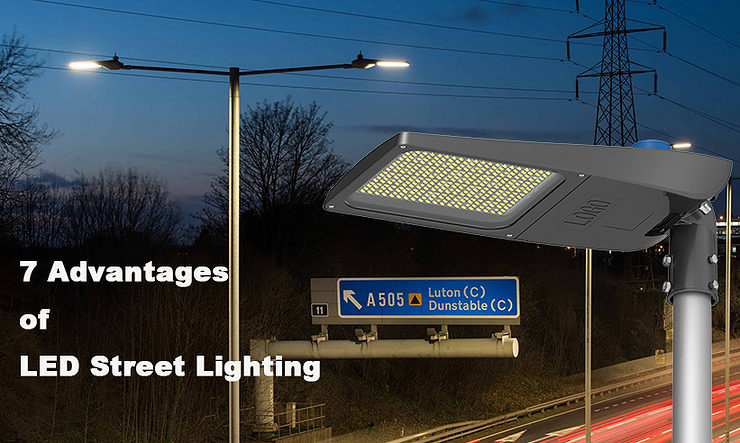 For years, LEDs have been replacing outdated traffic lights. Today, they are also solving the problem of street lighting. Cities throughout the U.S. and Europe are already replacing older, less-efficient fixtures with LEDs. These LED Street Lighting are so powerful that they could soon replace other sources of road and sidewalk illumination such as high pressure sodium (HPS) and mercury vapor (MV).

When it comes to LED-based lighting, the advantages are endless. Not only does this system use less energy, but it has a longer life that is at least three times as long as current systems. The design flexibility and sustainability from LED-based solutions make this solution the perfect choice for street lighting. LED solutions offer not only 50% energy savings but also mercury-free construction and reduced light pollution.

LEDs: A Modern Light Source for the Street. Streetlights are an essential part of the urban landscape. Times change, but sometimes the old ways of doing things still work just fine. Incandescent bulbs have been used for street lighting since their invention, and are still the industry standard in many places today. But that doesn’t mean there’s no room for improvement. LED lights offer many benefits, including a combination of immense savings potential and superior lighting performance relative to incumbent technologies.

LEDs use less power than HID lights. This is a big plus for the environment. Many countries such as China and USA also offer special rates for LED Street lighting – ones that are based on equivalent wattages. This was done to help offset the higher price of LEDs. This can allow businesses to save money on their energy bill while simultaneously protecting the environment.

LEDs lower maintenance costs, which results in a healthier environment for you, your employees, and the planet. An LED streetlight product, for example, has a lifespan of 100,000 hours. This is far superior to the lifespan of a HID light source (usually 20,000 hours or less). LEDs are also more resistant to the inevitable vibrations and impacts that come with being on a pole. You’ll save money and make your employees happy!

LED street lighting inherently has a “directional” light. This means that they can place the light where it is most needed and reduce the amount of light that goes in unwanted directions (such as into homes through windows).

LED street lighting can be controlled instantaneously. Unlike HID lights, they can be turned on and off easily. LED lights are also more suitable for advanced lighting control systems due to this controllability. With these systems, retailers can create smarter lighting that saves energy. For example, in an emergency, controllable lighting can be used by first responders to turn on the lights or turn them down.

Fighting climate change is a cause every business can get behind. When you upgrade your technology to reduce emissions, you’re not only fighting climate change, but you’re also supporting the efforts to combat it. By upgrading 200,000 streetlights in the San Francisco Bay Area, which would result in 100,000 metric tons of avoided CO2 emissions over five years. This is the equivalent to taking nearly 10,000 cars off the road. Isn’t it amazing what a little light can do?

Amazing! A 10% decrease in crime. How did this happen? Los Angeles officials believe the improved light quality deterred criminals thanks to a reduction in crime rates, such as burglary, theft and vandalism. You see, LED streetlights emit better lighting and colder temperatures to eliminate “dark spots” which have a higher crime rate.

In brief, these capabilities of solid-state lighting make it a valuable addition to a constellation street lamp. LED street lighting can meet standard regulations for luminance and uniformity, offer significant energy savings, extend the life of the fixture, produce more useful light, and be greener by supporting a municipality’s efforts to do so.