The 5 Benefits of LED Street Lights 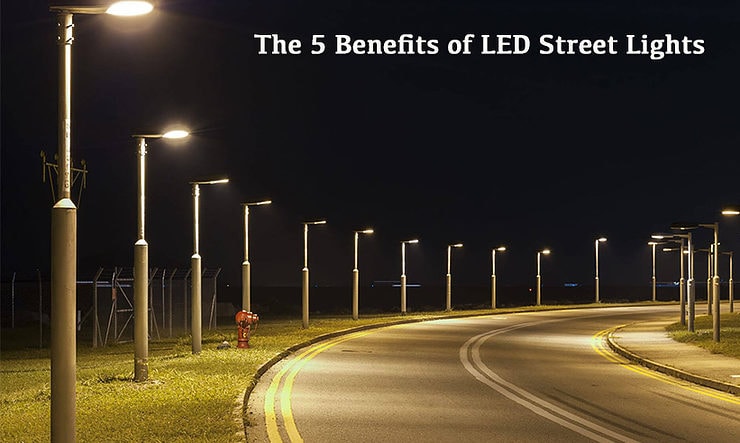 Introduction: LED street lights are becoming more popular for a variety of reasons.

Streetlights are one of the most important public infrastructures in our cities. They provide safety for pedestrians and drivers, create a sense of order and cleanliness, promote economic development, and improve the quality of life. LED street lights are much more energy-efficient than traditional streetlights, reducing your electric bills and saving you money on your overall lighting bill. And finally, LED lights to last longer than traditional streetlights-so you’re not paying for replacements as often.

LED streetlights are perfect for municipalities. The savings on electric bills and the long life of LED lights make them a practical solution for cities and municipalities looking to upgrade their infrastructure without breaking the bank.

As municipalities replace high-pressure sodium and metal halide streetlights with energy-efficient LED fixtures, one of the challenges has been how to design a luminaire that is both efficient and rugged enough to withstand harsh weather conditions. Many LED street lights use a die-cast aluminum housing that can corrode when exposed to salt air, rainfall, or other elements.

In recent years, several manufacturers have developed weather-resistant LED streetlights that feature a salt-resistant housing that is immune to corrosion. These lights are designed for both coastal and inland applications and can withstand extreme temperatures, rain, snow, and wind.

Since the early 2000s, LED street lights have been gradually replacing traditional high-pressure sodium (HPS) streetlights in many communities across the United States. There are several reasons for this trend: LEDs are more energy-efficient, they have a longer lifespan, and they emit a whiter light that is better suited for daytime visibility.

But another important factor that is often overlooked is the safety benefits of LED streetlights. In addition to providing more visibility during the day, LEDs also provide better illumination at night, making it easier for drivers to see pedestrians and obstacles on the road. This improved visibility can help reduce accidents and improve safety in neighborhoods and communities.

This website uses cookies to improve your experience while you navigate through the website. Out of these, the cookies that are categorized as necessary are stored on your browser as they are essential for the working of basic functionalities of the website. We also use third-party cookies that help us analyze and understand how you use this website. These cookies will be stored in your browser only with your consent. You also have the option to opt-out of these cookies. But opting out of some of these cookies may affect your browsing experience.
Necessary Always Enabled
Necessary cookies are absolutely essential for the website to function properly. These cookies ensure basic functionalities and security features of the website, anonymously.
Functional
Functional cookies help to perform certain functionalities like sharing the content of the website on social media platforms, collect feedbacks, and other third-party features.
Performance
Performance cookies are used to understand and analyze the key performance indexes of the website which helps in delivering a better user experience for the visitors.
Analytics
Analytical cookies are used to understand how visitors interact with the website. These cookies help provide information on metrics the number of visitors, bounce rate, traffic source, etc.
Advertisement
Advertisement cookies are used to provide visitors with relevant ads and marketing campaigns. These cookies track visitors across websites and collect information to provide customized ads.
Others
Other uncategorized cookies are those that are being analyzed and have not been classified into a category as yet.
SAVE & ACCEPT
Open chat
1
WhatsApp us
Hello
Can we help you?